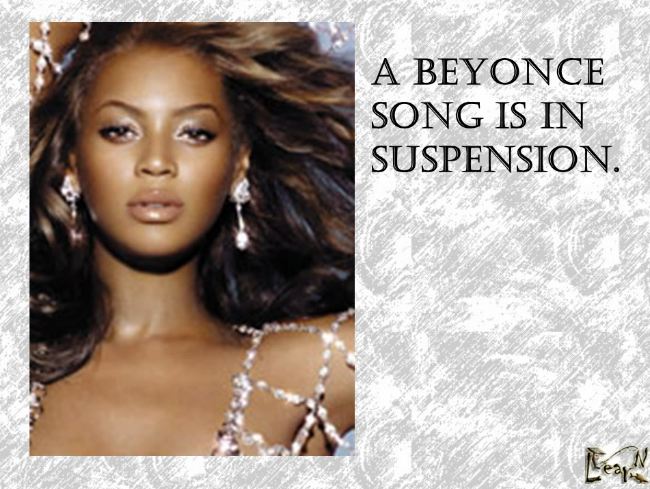 A popular singer will popularize a word

Mnemonic – A Beyonce song is in suspension

1   During the time of war most of our civilian laws and rights are in abeyance.

2   Most employers have placed hiring plans in abeyance until the economy shows signs of recovery.

3   The abeyance of strong laws against pollution was blamed on the industrialist’s money muscle and power over the policy makers.

4   The results of some candidates were kept in abeyance, and were to be released after submission of conclusive documents to establish their eligibility.

5   Due to a lack of consensus in the parliament, the Lokpal bill was held in abeyance.

Under the Lens: Abeyance In Law

In law, abeyance is a state when some property, title or office is in an indefinite state of ownership. For example if some estate is granted to the heir of X then during the lifetime of X, the estate is in abeyance, as it is not certain who its heir would be.