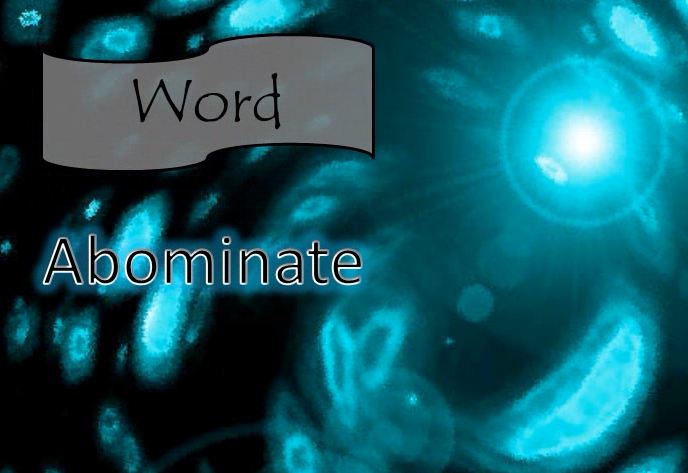 Have a blast on your date

Mnemonic – A bomb on date I hate

1   It is a shame that he is a raciest who abominates any being of color.

2   I understand that you may abominate me for my food habits but living among various cultures makes you relish many types of food.

3   After his break-up, he has begun to abominate all women.

1   Abomination of the poor is a problem within the society which leads to inequality and injustice.

1   He could come up with wonderful ideas but he abominated the labors required to realize them.

2   She could never accept the idea of her father marrying again and abominated her stepmother.

Under the Lens – Abomination Vs Hulk

Abominate is more often used in its noun form. Abomination is used to refer to anything greatly disliked.

Abomination is also a famous comic character in Marvel Comics. Apart from featuring in many video games and television series, Abomination also featured in the movie The Incredible Hulk.

Abomination was formed when Emil Blonsky purposely exposed himself to a greater quantity of the same gamma radiation that transformed Bruce Banner into the Hulk.

He is twice as strong as the Hulk. How strong would that be! But unlike Hulk his power doesn’t increase when he gets angry. Thus Hulk holds advantage if the fight lasts long.