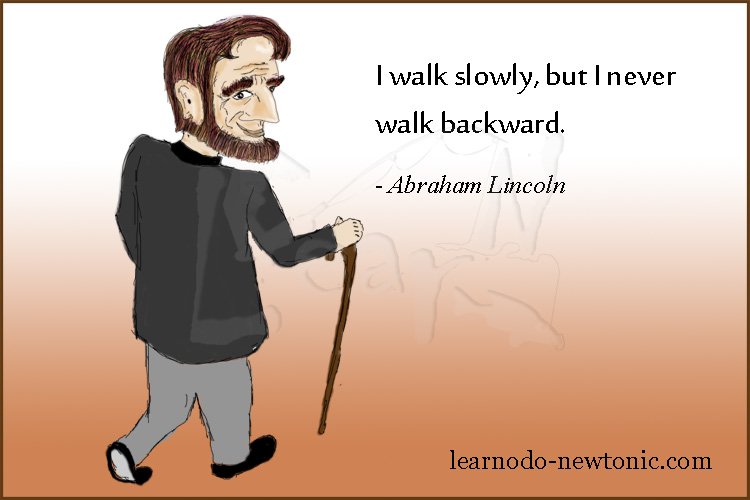 I walk slowly, but i never walk backward.

Abraham Lincoln began his career in manual labor. He was skilled at wielding an ax and made a living splitting wood for fire and rail fencing. After migrating to Illinois he worked as a postmaster, shopkeeper and eventually a store owner. It is believed that it was during these years associating with the public that Lincoln acquired his social skills which were vital in his political success.