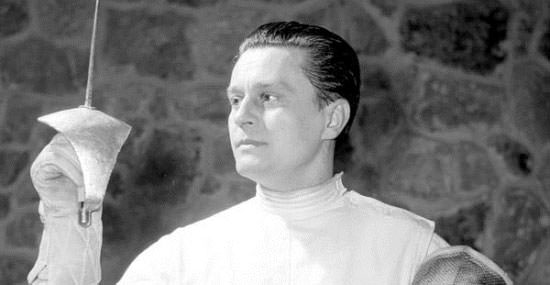 Aladar Gerevich is the only athlete in the history of the Olympics to win the same event six times. With his impeccable fencing skills he led Hungry to victory in sabre between 1932 and 1960, thus winning six gold medals despite not being able to take part in two Olympics because of World War II. Apart from these medals, Gerevich won another gold medal in individual sabre in 1948. His tally of seven Olympic gold medals is more than any other fencer. He also won one silver medal and two bronze thus winning a staggering ten medals in Olympic Games.

Aladar won his first medal when he was twenty two and the last when he was fifty. In the Hungarian Olympic trials for the 1960 Rome Olympics, the fencing committee told Gerevich that he was too old to compete. He silenced them by challenging the entire sabre team to individual matches and winning every match.

Gerevich was the best among the golden generation of fencing of Hungary. He is widely considered as ‘the greatest Olympic swordsman ever’.