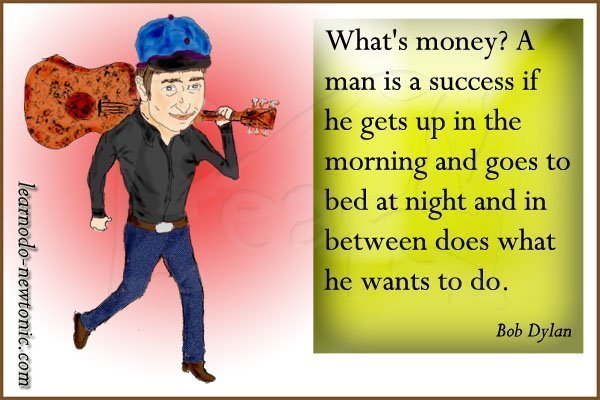 “What’s money? A man is a success if he gets up in the morning and goes to bed at night and in between does what he wants to do.”

Bob Dylan is an American singer, musician, songwriter and an icon in world music. He is most famous for songs like ‘Blowin’ in the wind’ and ‘The Times they are Changin’ which became anthems for US civil Rights and Anti War movements. His song “Like a Rolling Stone” was rated top of the best 500 rock song list published by the prestigious Rolling Stone Magazine.

Dylan has won 11 Grammy Awards and one each of The Golden Globe and Academy Awards. He has recently been conferred the Presidential Medal of Freedom by Barack Obama.