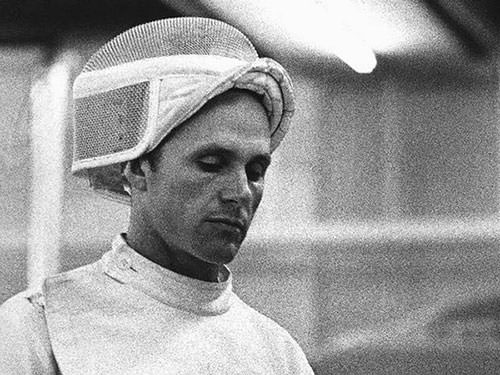 Boris entered the 1976 Montreal Summer Olympics after winning medals in 1968 Mexico Olympics and 1972 Munich Olympics. He was also three times world champion and was one of the favourites to win both individual and team events.

In the team pentathlon event at the 1976 Olympics, there was close competition between the Soviet and the British team. Although, after the first event the Soviets were lying in the fourth place, this was expected to change after the second event – epee fencing. Onishchenko was considered the finest fencer in the competition and was expected to win his matches.

While Boris was fencing against Adrian Parker of Britain, the British noticed that Onishenko’s sword registered a hit even though it did not appear that he had touched his opponent. When this was repeated in Boris’ next match against Jeremy Fox, the British team requested that Onishchenko’s sword be inspected. An illegal modification to the grip of the sword was discovered which allowed Boris to register a hit without the sword making contact with his opponent. In epee fencing a hit is registered on the scoring box when the tip of the weapon is depressed with a force of 750 grams, completing a circuit formed by the weapon, body cord, and box. Onishchenko’s sword had been modified to allow him to complete the circuit without making contact. The bout was allowed to continue, and despite using an unmodified sword, Boris still won by a large margin.

Later Boris Onishchenko was disqualified from the competition, the Soviet team was forced to withdraw and the British team won the gold. Newspapers decried Onishchenko as “Disonischenko” and “Boris the Cheat”. He was removed from the athletes’ village by Russian officials on the night of his disqualification. Afterwards he was banned for life from sports.

In the Soviet Union, it was reported that he was personally scolded by their leader Leonid Brezhnev, fined 5,000 rubbles, stripped of all his sporting honours and was working as a taxi driver in Kiev.