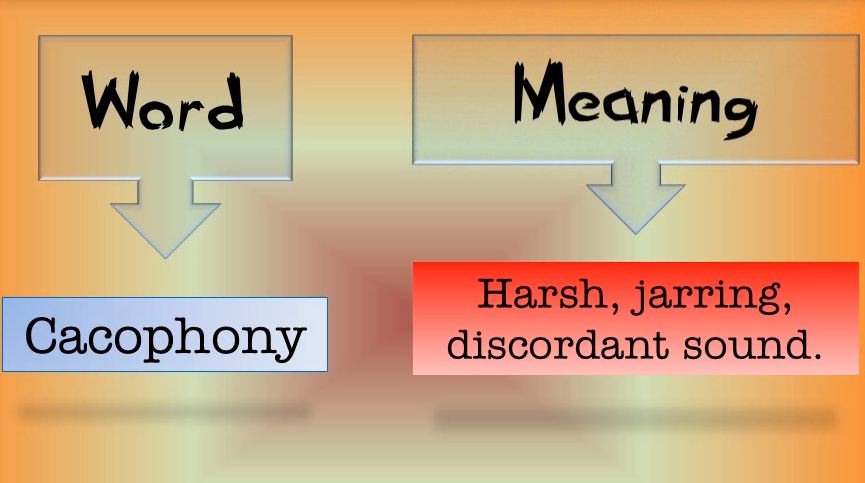 Caco calling on my phone

Y is he making a harsh, jarring, discordant sound

1   An hour and a half drive amidst the cacophony of peak traffic was making him irritable.

2   The cacophony of various creatures deep within the jungle was sounding very creepy.

3   The crows, vultures among others had surrounded the dead buffalo and were creating a cacophony of calls.

4   The woman danced to the music amidst the cacophony of screams, whistles and cat calls.

5   The cacophony of the soccer game was made worse when thousands of spectators decided to play the vuvuzela.

6   As the day progressed in the city the air was filled with cacophony of horns and yelling.

Under the Lens: Cacophony Etymology

Let’s study a few roots to learn a few words. Kakos and eu are Greek roots for bad and good respectively while kallos is the Greek root for beauty. Phone is the root for sound and graphein means to write. So Cacophony is bad or harsh sound while euphony is good or melodious sound. And Cacography is bad handwriting while calligraphy is beautiful handwriting.

Now if we combine phone with graphein we get a phonograph which is a machine which records (writes) and reproduces sound.