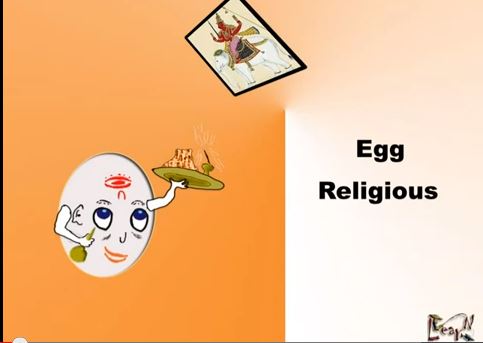 A two faced egg and a word

1   It seemed that he was being punished for the egregious crimes committed by his forefathers.

2   We cannot turn a blind eye towards the egregious reality of racial injustice that has plagued our planet for centuries.

3   Lust for money is that egregious sin that has transformed the society into a pack of wolves hunting each other.

4   An author who writes a book which is plagiarized has committed an egregious act.

5   The attack on the film crew was an egregious case of politically motivated overreaction.

6   The leak of her private videos on the internet was an egregious violation of her privacy and her million dollar lawsuit was justified.

Under the Lens: Egregious Etymology

Egregious is from the Latin root grex, gregis (herd, flock).

The prefix e- means ‘out’ and so etymologically egregious had the positive connotation of ‘standing out from the flock’.

Another word from the same root is gregarious. Gregarious is used to describe someone who likes to be in a herd or is fond of the company of others, i.e., sociable.