The French Revolution was a mass movement that shook France and had far reaching impact on the world. Lasting from 1789 to 1799, it is regarded as one of the most important events in world history. The Revolution began with the rebellion of the Third Estate, which comprised a large majority of the population but was neglected. The representatives of the Third Estate took the Tennis Court Oath on June 20, 1789 pledging not to separate until they had given France a constitution. This was followed by the Storming of the Bastille and the Women’s March on Versailles, incidents through which the Revolution gathered momentum. The execution of King Louis XVI and his wife Marie Antoinette resulted in the Revolution entering its most bloody stage known as the Reign of Terror. A coup led by Napoleon Bonaparte in 1799 brought an end to the French Revolution with the establishment of a Consulate and later an Empire. Here are 10 major events of the French Revolution and their dates.

The Estates General was the general assembly of France. It was divided into three estates: the clergy (First Estate), the nobility (Second Estate) and the rest of the population (Third Estate). The Estates General had last met in 1614 but it was summoned by King Louis XVI in May 1789 as the nation was facing a severe financial crisis. Each estate had only one vote. Thus, though the Third Estate comprised of more than 98% of the French population, it was usually overruled by the nobility and the clergy. In the lead up to the meeting of the Estates General on May 5, the Third Estate gathered support for equal representation but the negotiation with the other two estates failed. In response, the Third Estate decided to form their own National Assembly. On June 20, 1789, Louis XVI ordered the closure of the Salle des États where the Assembly met. The Third Estate moved to an indoor tennis court where they pledged not to separate until they had given France a constitution. This became known as the Tennis Court Oath.

As the National Constituent Assembly continued to meet at Versailles, soldiers, mostly foreign mercenaries, began to arrive in Paris. Also, Jacques Necker, director-general of the finances who was considered sympathetic to the common people, was dismissed by King Louis XVI. The Parisians interpreted these actions as an attempt toward shutting down the National Constituent Assembly. They responded by storming toward the Bastille fortress on July 14, 1789, to secure gunpowder and weapons. The troops at Bastille resisted for a few hours before they surrendered to the mob. The fall of the Bastille, a symbol of power and the monarchy’s dictatorial rule, is considered by some as the start of the French Revolution. It resulted in King Louis XVI withdrawing the royal troops from the French capital and recalling finance minister Jacques Necker. Due to the significance of the Storming of the Bastille, July 14 is celebrated as the national day of France. It is known as Bastille Day in English.

On 4 and 11 August, 1789, the Constituent Assembly abolished the entire feudal system. It abolished both Manorialism of the Second Estate and the tithes gathered by the First Estate. Manorialism was an integral part of feudalism by which peasants were rendered dependent on their land and on their lord. Tithes was one tenth of annual produce or earnings taken as a tax for the support of the church. Thus the peasants got their land free and also no longer paid the tithe to the church. Other proposals followed with the same success: the equality of legal punishment, admission of all to public office, abolition of venality in office and freedom of worship. Thus during the course of a few hours, nobles, clergy, towns, provinces, companies and cities lost their special privileges.

On 26th August 1789, the Assembly published the Declaration of the Rights of Man and of the Citizen, a charter of human liberties, containing the principles that inspired the French Revolution. The basic principle of the Declaration was that all “men are born and remain free and equal in rights”. Its 17 articles served as the preamble to the Constitution. The long awaited constitution finally came into effect on September 30, 1791. France was proclaimed a constitutional monarchy, while the National Assembly was dissolved and replaced by a new political body named the Legislative Assembly. King Louis XVI became a little more than a figurehead. He was forced to swear an oath to the constitution and a decree that declared that retracting the oath, heading an army for the purpose of making war upon the nation or permitting anyone to do so in his name would amount to abdication.

Bad harvests in France had caused the price of flour to increase dramatically, which in turn raised the price of bread, the staple food of most French citizens. Many people in Paris were thus hungry and restless. On 5th October 1789, a large crowd of protesters, mostly women, began to assemble at Parisian markets. After getting unsatisfactory responses from city officials, the women marched from Paris to the Palace of Versailles. They were convinced that the royal family lived in luxury oblivious to the problems of the common people. They stormed the palace, killing several guards and demanded the king to “live among the people”. Louis XVI ultimately conceded to their demands and agreed to go to Paris with the mob. The royal family in Paris was placed under the “protection” of the National Guards, thus legitimizing the National Assembly.

King Louis XVI became wary of the direction in which the French Revolution was heading and he feared the safety of his family. However he was unable to take a strong stance as he was resistant to take any step that would see him openly side with foreign powers against the Assembly. He ultimately decided to leave France and seek refuge in Austria, hoping to eventually be reinstated on the throne. On the night of 20th June 1791, the royal family fled the Tuileries Palace dressed as servants with their servants dressed as nobles. However, the next day, the King was recognized, arrested along with his family at Varennes and returned to Paris. He was then provisionally suspended by the Assembly and held under guard. The King’s flight had a major impact on public opinion. The popular sentiment turned further against the royalty and the king was regarded as a traitor who was willing to take foreign assistance to return back to power.

In 1792, France was under pressure due to the attack by Austrian army and its Prussian allies. The people viewed King Louis XVI as a traitor as he had attempted to secretly flee the country. On August 10, 1792, around 20,000 Parisians laid siege on the Tuileries, the official home of King Louis XVI. Fearing further violence, the Legislative Assembly placed the King and the Queen under arrest. On 21st September 1792, the monarchy was abolished and France was declared a Republic. King Louis XVI was charged with treason and found guilty on 15th January 1793. On January 21, he was driven through the streets of Paris to a guillotine and decapitated. Queen Marie Antoinette was also found guilty of numerous crimes on October 16 and guillotined the same day.

Before the execution of Louis XVI, the Legislative Assembly had disbanded and replaced itself with a new political body named the National Convention. In March 1793, the National Convention created the Committee of Public Safety whose role was to protect the newly established republic against foreign attacks and internal rebellion. Consisting of 12 members with the most prominent being Maximilien Robespierre, the committee became the de facto executive government in France during a period lasting from 5th September 1793 to 28th July 1794 and known as the Reign of Terror. In the name of ridding the nation of the enemies of the Revolution, an estimated 500,000 suspects were arrested, 17,000 were officially executed and 25,000 died in summary executions, i.e. without benefit of a full and fair trial. Hence the total death toll was around 40,000. By mid-1794, Robespierre become a target of conspiracies as the members feared that they could be guillotined next. He was arrested and executed on 28th July 1794 bringing an end to the Reign of Terror.

After the fall of Robespierre, the National Convention approved the new “Constitution of the Year III” on 22nd August 1795. The new constitution created the Directory. The executive power was placed in the hands of the five members (directors) of the Directory with a five-year mandate. The Directory became involved in corruption, political conflict and financial problems. Moreover, it became more and more reliant on the Army in foreign and domestic affairs, as well as finance. In a coup d’état on 9–10 November 1799, the five directors were ousted and replaced by three “consuls”: the famous military leader Napoleon Bonaparte; director Emmanuel Joseph Sieyès; and politician Roger Ducos. This coup, known as the Coup of 18th Brumaire, referring to the date according to the revolutionary calendar, is regarded by many as the end of the French Revolution.

Revolutionary France was considered dangerous by the other European monarchies who viewed it with both fear and anger. This led to the French Revolutionary Wars, a series of military conflicts lasting from 1792 until 1802. They pitted the French Republic against Great Britain, Austria and several other monarchies. It began when France, anticipating an attack, declared war on Prussia and Austria in the spring of 1792. Though initially it suffered various reverses, France, under the leadership of Napoleon Bonaparte, was able to conquer a wide array of territories by 1802, from the Italian Peninsula and the Low Countries in Europe to the Louisiana Territory in North America. French success in the French Revolutionary Wars allowed the spread of revolutionary principles over much of Europe.

Summary of the French Revolution

Role of King Louis XVI During The French Revolution

Role of Marie Antoinette During The French Revolution

Role of Napoleon Bonaparte During The French Revolution

Role of Maximilien Robespierre During The French Revolution 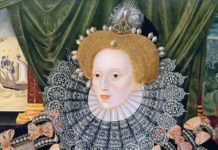 10 Major Accomplishments of Queen Elizabeth I of England