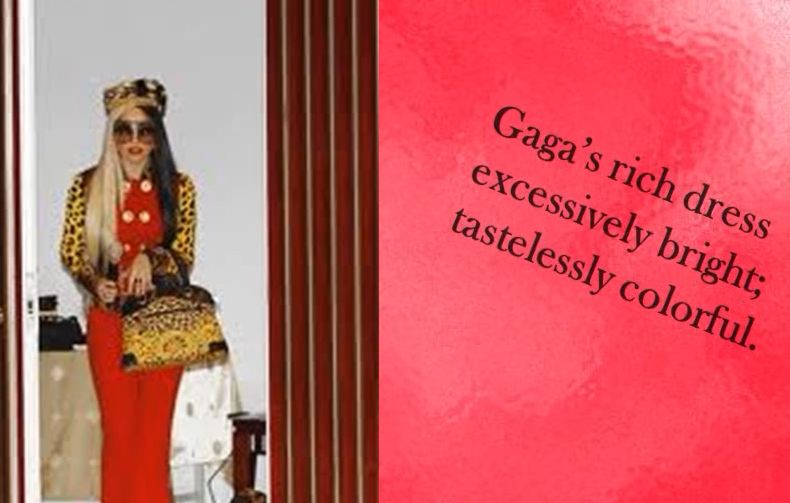 Garish Sentence: The garish decoration of the sofa made everything else seem invisible in their drawing room.

Under The Lens: Difference between Flashy, Gaudy and Garish

Gaudy is the more formal substitute for flashy. It refers to anything striking which appears offensive due to over decoration. Ex – I don’t like the gaudy decoration of an Indian wedding.

Both gaudy and flashy may be neutral in tone and simply refer to something which is noticeable because of being very colorful, extensively decorated etc. Ex – Her flashy dresses was a constant topic of discussion among her male colleagues.

Garish is never neutral in tone and is the most negative of these three words. It refers to an excessively bright or colorful thing or suggests disharmony among the elements to give an offensive effect. Ex – Their house looks beautiful from outside but its interior decoration is garish.