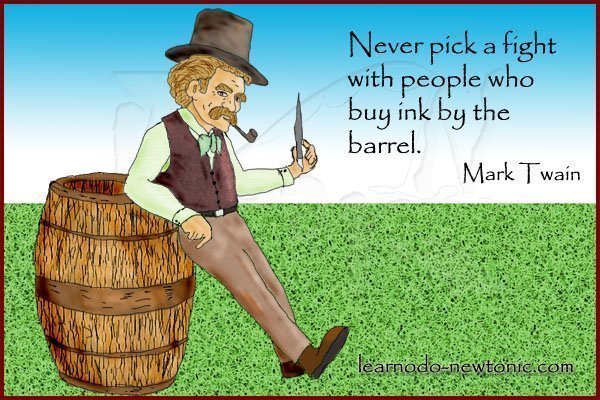 “Never pick a fight with people who buy ink by the barrel.”

In Focus : Mark Twain and the Halley’s Comet

Mark Twain was born on 30th November 1835, just two weeks after the Halley’s Comet closest approach to the Sun. A fact that fascinated him over the years. In 1909 when his heart attacks increased he said

“I came in with Halley’s comet in 1835. It is coming again next year, and I expect to go out with it. It will be the greatest disappointment of my life if I don’t go out with Halley’s comet. The Almighty has said, no doubt: ‘Now here are these two unaccountable freaks; they came in together, they must go out together.’

Twain was right. He died on 21st April 2010, just a day after the comet’s approached after 75 years.