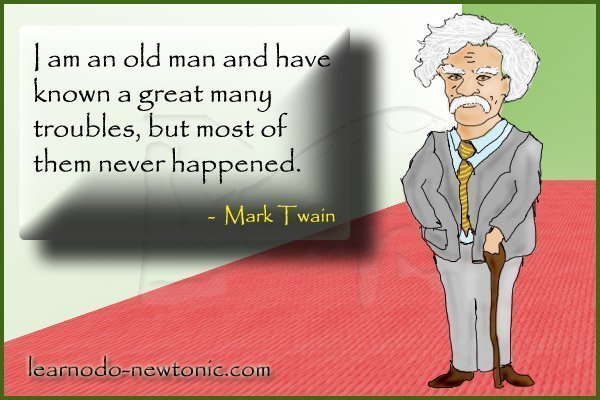 “I am an old man and have known a great many troubles, but most of them never happened.”

Mark Twain was the pen name of American writer Samuel Langhorne Clemens. He was born in Florida, Missouri on 30th November, 1835. Twain is most known for novels like Adventures of Tom Sawyer (1876) and Adventures of Huckleberry Finn (1885) which are considered as milestones in humorous writing. He is widely considered as the ‘greatest American humorist of his age’.