Michelangelo di Lodovico Buonarroti Simoni (1475 – 1564) was an Italian polymath who exerted an unparalleled influence on the development of art in the west. Along with Leonardo da Vinci and Raphael, Michelangelo is regarded as one of the three great giants of the Renaissance. Though Michaelangelo was also a painter, poet and architect, he regarded himself primarily as a sculptor. He created some of the best known sculptures in the world including David and Pieta. Michelangelo is widely considered as the greatest sculptor of all time. Though he had low view of painting, his frescoes on the ceiling and altar wall of the Sistine Chapel in Rome are considered two of the most influential frescoes in the history of Western art. In architecture, Michelangelo designed the Laurentian Library and St. Peter’s Basilica, which are regarded as among the greatest buildings of their age. Due to his enormous contribution to western art, Michelangelo is considered by many as the greatest artist of all time. Know about the contribution of Michelangelo to sculpture, painting, architecture and poetry through his 10 major accomplishments.

#1 Michelangelo is considered the greatest sculptor of all time

While Michelangelo was in his teens, he took permission from the priar to dissect corpses to study anatomy. Michelangelo had to practice anatomy in secret as in that age the practice was prohibited by law. Michelangelo continued dissection for the study of anatomy throughout his life. His understanding of the human body and its proportions were critical to his success as a sculptor and allowed him to carve statues that looked extraordinarily real. Such was his mastery that his sculptures depicted finely chiseled veins, wrinkles, muscles, bones and nerves. The incredible skill of Michelangelo in realistically capturing the human form was unsurpassed for his time and went on to impact numerous artists of the following generations. Michelangelo has had an enormous influence in the field of sculpture and he is widely regarded as the greatest sculptor of all time.

#2 Michelangelo created the Pieta at the age of just 24

When he was in his teens, Michelangelo sculpted the reliefs Madonna of the Steps (1490–1492) and Battle of the Centaurs (1491–1492). These two surviving sculptures show the enormous artistic skills of Michelangelo even when he was so young. In November 1497, Cardinal Jean de Bilhères-Lagraulas commissioned Michelangelo to carve a sculpture of the Virgin Mary grieving over the body of Jesus, known as the Pietà, meaning “pity” or “compassion”. In 1499, at the age of just 24, Michelangelo complete the Pieta, which was soon recognized as one of the world’s great masterpieces of sculpture. Italian historian Giorgio Vasari described the work as such: “It is certainly a miracle that a formless block of stone could ever have been reduced to a perfection that nature is scarcely able to create in the flesh.” Pieta remains one of the most famous sculptures in the world and it is estimated that 40,000 to 50,000 people visit it every day.

In 1501, the city government of Florence commissioned Michelangelo to create a statue of David as part of a series to adorn the roof-line of Florence’s cathedral dome. However, upon its completion in 1504, they were so overwhelmed by its beauty that it was decided to place it in wide-view next to the entrance to the Palazzo Vecchio, the town hall of Florence. The marble sculpture was moved in 1873 to the Gallery of the Academy, an art museum in Florence. A replica was placed at its original location in 1910. Michelangelo’s David most likely represents the Biblical hero David after he has made up his mind to fight Goliath but before the actual fight. This is unlike earlier Renaissance depictions of David which show him after the fight and include some part of the giant Goliath. Michelangelo masterfully depicts the Biblical hero with his brow drawn, his neck tense and his veins bulging out of his lowered right hand. Michelangelo’s David is one of the most famous artworks in the world with its popularity in sculpture comparable to that of Mona Lisa in painting.

Michelangelo had a very low opinion of painting and he considered himself a sculpture. It was Pope Julius II who asked Michelangelo to switch from sculpting to painting commissioning him to paint the ceiling of the Sistine Chapel, a chapel in the Apostolic Palace, the official residence of the Pope. The work was completed in four years from 1508 to 1512. It stretches over 500 square meters of the ceiling and contains over 300 figures. Michelangelo also painted the Last Judgment on the altar wall of the Sistine Chapel. The fresco depicts the Second Coming of Christ (a future return of Jesus to earth) and the final and eternal judgment by God of all humanity. Michelangelo’s work on the ceiling of the Sistine Chapel and the Last Judgment on its altar wall are two of the most influential frescoes in the history of Western art.

#5 Michelangelo painted the Creation of Adam

The Creation of Adam is the most famous fresco panel on the ceiling of the Sistine Chapel. The painting illustrates the Biblical creation narrative from the Book of Genesis in which God breathes life into Adam, the first man. God is depicted as an elderly white-bearded man wrapped in a swirling cloak while Adam, on the lower left, is completely nude. There has been much analysis of the painting and, among other things, it has been found that the shapes portrayed behind the figure of God are an anatomically accurate picture of the human brain; the red cloth around God has the shape of a human uterus; and the green scarf is thought to be a newly cut umbilical cord. The Creation of Adam is the best known Renaissance painting after Mona Lisa; and along with The Last Supper, it is the most replicated religious painting of all time. The image of the near-touching hands of God and Adam has become iconic of humanity and has been imitated and parodied innumerable times.

#6 He hugely influenced the next major movement in western art

Michelangelo developed his unique artistic style at an early age. Among other things, his style may be described by the classical Greek view that “the man is the measure of all things”. The awe-inspiring grandeur of his artworks was much imitated as was his ability to depict collected figures, as in the Last Judgment. The artistic style of Michelangelo was greatly admired at first and later numerous artists started copying it. This led to a new art movement in itself known as Mannerism, which became the next major movement in western art after the Renaissance. Mannerism emerged around 1520 and was the dominant movement till the end of the 16th century in Italy, when the Baroque style largely replaced it. While Michelangelo laid emphasis on proportion, balance and ideal beauty, Mannerism exaggerated such qualities, often resulting in compositions that are asymmetrical or unnaturally elegant. Apart from sculpture and painting, Michelangelo also contributed to Mannerist architecture and the Laurentian Library is regarded as an early example of Mannerism in architecture.

#7 He designed the Laurentian Library

Apart from being a sculptor and painter, Michelangelo was also one of the leading architects of his time. In 1524, he was commissioned by the Medici pope to design the library for the San Lorenzo’s Church in Florence, Italy. Construction of the library began in 1525. However, Michelangelo had to leave Florence in 1534 and it was only in 1571 that the library was opened. The library thus integrates parts executed by Michelangelo with the remaining sections built much later by others in an interpretation of his instructions. Michelangelo designed both the interior of the library itself and its vestibule. He pioneered the Mannerist style in his design of the library which became renowned for its architecture. The Laurentian Library is one of Michelangelo’s most important architectural achievements and his innovations and use of space in the library were revolutionary.

The most famous work of Michelangelo in architecture is St. Peter’s Basilica, a church located in the Vatican City. It is regarded as the greatest building of its age and remains the largest church in the world. Aged 74, Michelangelo succeeded Antonio da Sangallo the Younger as chief architect of the building. He is regarded the principal designer of a large part of the church and although he died before completion of the project, it was Michelangelo who brought the construction to a point where it could be carried through. Apart from Michelangelo, Donato Bramante, Carlo Maderno and Gian Lorenzo Bernini contributed to the design of the church. St. Peter’s Basilica is the most renowned work of Renaissance architecture.

#9 He was also a prolific poet

Though most known for his artistic works, Michelangelo was also a prolific poet. He wrote more than 300 sonnets and madrigals during his lifetime. Michelangelo was known to jot down stray lines of verses as he hammered through his sculptures. His poetry is quite extravagant in the wealth of the topics that it touches, including sex and aging. However, none of his poetic works were published in his lifetime and he treated poetry more like a hobby. Though his poems were not published, they were locally circulated among the 16th century literates in Rome. Later, composers even converted some of them into music. The poetry of Michelangelo was openly homoerotic due to which it remained controversial for several centuries. When his poems were first published by his nephew, Michelangelo the Younger, in 1623; the gender of the pronouns was changed. It was only in 1878 that his original poetry became known to the world.

#10 Michelangelo was a multi-talented genius

One of the tenets of Renaissance humanism was the limitless capacity of humans for development. Renaissance saw gifted people who developed their abilities in a wide variety of fields leading to the concept of “Renaissance man” or “Universal Genius”. Michelangelo, as a Renaissance man, is exceeded only by Leonardo da Vinci. He was a sculptor, painter, architect, poet and engineer. But above all, Michelangelo was an artist who became the most influential figure in the history of western art and exerted an unparalleled influence on future generations. His works of painting, sculpture and architecture are among the most famous ever created making him perhaps the greatest artist of all time. His statue of David is one of the most famous sculpture in the west; his painting The Creation of Adam is second only to Mona Lisa in popularity; and his St. Peter’s Basilica is the most renowned work of Renaissance architecture.

10 Most Famous Paintings by Pablo Picasso 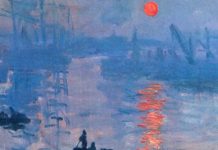 10 Most Famous Paintings by Claude Monet 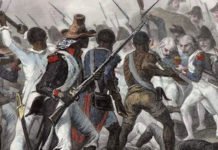 June 8, 2014
Abraham Lincoln is a very popular president among critics as well as the general public. In Surveys of scholars conducted since 1940, he has...

10 Major Causes of the American Revolution

10 Major Leaders of the American Revolution

10 Interesting People From The American Revolution

10 Major Events of the American Revolution