Mount St. Helens is an active volcano in Skamania County in the U.S. state of Washington. After more than a century of inactivity, it reawakened in March 1980. A series of earthquakes and eruptions followed and on May 18, the notorious eruption of Mt St. Helens occurred leading to destruction as far as 19 kilometers from the volcano. The 1980 eruption of Mt St. Helens caused the death of 57 people and was the most deadly and economically destructive eruption in US history with the damage caused by it estimated to be around $1.1 billion. It was classified as a VEI-5 event and is considered to be equivalent to 1,600 times the size of the atomic bomb dropped on Hiroshima. Know more about the cause, destruction, casualties and effects of the 1980 Mt St. Helens eruption through these 10 interesting facts.

Mount St. Helens is located in the Cascade Range, which is a part of Pacific Ocean’s Ring of Fire. The Ring of Fire has 452 volcanoes and it has been responsible for all but three of world’s 25 largest volcanic eruptions in the last 11,700 years. Volcanic activity in the Ring of Fire is a result of plate tectonics, or the movement of the plates of the Earth’s lithosphere or outermost shell. Subduction is a geological process at convergent boundaries of tectonic plates where one plate moves under another. Volcanic activity in Mount St. Helens is due to the Juan de Fuca Plate, an oceanic plate, subducting under the North American Plate, a continental plate. The weight of water on oceanic plates increases the density of oceanic crust to the point where it begins to slide under the continental plate.

Mount St. Helens had remained dormant since its last period of activity in the 1840s and 1850s. Several years before the reawakening of Mt St Helens, the US Geological Survey (USGC) conducted a study of the volcanoes in the Cascade Range as part of its Volcano Hazards Program. From these studies, USGC scientists concluded that Mt St Helens was the youngest; and most active and explosive of the Cascade volcanoes. In 1975, they made a forecast that Mount St. Helens would erupt again, “possibly before the end of the century.” In 1978, in a more detailed report, American volcanologists Dwight Crandell and Donal R. Mullineaux, amplified their earlier conclusions and marked the most hazardous areas on a map in case Mount St. Helens erupted.

On March 16, 1980, the first sign of activity occurred at Mount St. Helens as a series of small earthquakes. On March 20, a magnitude 4.2 earthquake signaled the reawakening of the volcano after 123 years. From March 25 to March 27, quakes of magnitude 4.0 rocked the mountain as many as three times a day, and smaller quakes occurred several times every hour. At 12:36 pm on March 27, Mount St. Helens produced its first eruption in over 100 years. This created a new crater which was 250 feet (76 m) wide. By April 8, the two craters merged. The combined crater was 1,700 ft by 1,200 ft and 500 ft deep (520×370×150 m). The March 27 eruption was followed by a series of earthquakes and eruptions till April 22, when the first period of activity ceased. Small eruptions resumed on May 7 and continued till the main event.

On March 31, instruments recorded rhythmic pulses, known as “volcanic tremors”, which indicated that magma (molten rock) was on the move. The rising magma caused a deformation in the shape of Mt St Helens pushing its north flank outward at a rate of about 2 m (6.5 ft) per day. On April 30, geologists announced that sliding of the bulge area was the greatest immediate danger and that such a landslide might spark an eruption. By mid-May, this threatening bulge had grown outward by around 450 feet (140 m). As magma of the volcano remained below the ground and was not directly visible, it was called a cryptodome, which is created by accumulation of viscous magma at a shallow depth.

At 8:32 a.m. on May 18, 1980, a magnitude 5.1 earthquake occurred which was centered directly below the north slope of Mt St Helens. Around 10 seconds after the shock, the volcano’s northern bulge and summit slid away causing the largest terrestrial landslide in recorded history. The total avalanche volume was about 2.5 kilometers cube (3.3 billion cubic yards). The landslide removed part of the cryptodome growing inside the volcano. This resulted in immediate depressurization of the volcano’s very hot and highly pressurized body of magma triggering powerful eruptions laterally through the sliding debris. This lateral (sideways) blast blew out pyroclastic flow of very hot gases and volcanic matter with speeds which reached up to 670 mph (1,080 km/h) and might have briefly passed the speed of sound (1234.8 km/h)

Soon after the lateral blast, a second, vertical explosion occurred at the summit of the volcano. This send a mushroom cloud of ash and gases more than 12 miles into the air. The dense ash cloud turned daylight into darkness in eastern Washington and streetlights had to be turned on in the cities of Yakima and Ritzville. The eruption of ash continued for nine hours. Near the volcano, the swirling ash particles in the atmosphere generated lightning, which in turn started many forest fires. Ultimately, an estimated 540 million tons (490,000 kilotons) of ash drifted up to 2,200 square miles (5,700 square km) settling over seven US states. The volcanic ash cloud drifted east across the United States in 3 days and encircled the earth in 15 days.

The near-supersonic lateral blast of Mt St Helens wiped everything within eight miles and caused devastation as far as 19 miles (31 km) from the volcano. More than 4 billion board feet (9,400,000 cubic meters) of timber was damaged or destroyed during the Mt St Helens eruption, mainly by the lateral blast. Many agriculture crops were destroyed; and thousands of birds, mammals, reptiles, amphibians; and millions of hatchery fingerlings perished. Also, as a result of the eruption, snow, ice and several entire glaciers on the volcano melted forming a series of large lahars (volcanic mudslides). The largest of these lahars occurred in the North Fork Toutle river; increased in size as it traveled downstream; and reached its maximum size in the Cowlitz River, about 80 km (50 mi) downstream from the volcano.

The May 18, 1980 Mt St Helens eruption was the most deadly and economically destructive volcanic eruption in the history of the United States. 57 people are known to have died directly due to the event while 2 were killed in accidents that resulted from poor visibility and 2 more suffered fatal heart attacks from volcanic ash. Most of the direct victims succumbed to asphyxiation while several died from burns. More than 185 miles (298 km) of highway, 15 miles (24 km) of railways, 200 houses and 47 bridges were destroyed due to the eruption. The total cost of the destruction and damage caused by the Mount Saint Helens eruption was around $1.1 billion ($2.89 billion in 2015 dollars).

On August 27, 1982, U.S. President Ronald Reagan established the Mount St. Helens National Volcanic Monument. It is an 110,000 acres (45,000 ha) area around the mountain for recreation, research and education regarding the event and the subsequent recovery. In 1987, the U.S. Forest Service reopened the mountain to climbing. However, four explosions in 2004, that blasted steam and ash up to 10,000 feet above the crater, caused the closure of the area again. After its reawakening in October 2004, volcanic activity continued in Mt St Helens till January 2008, when it finally ceased again. After the 1980 eruption, snow and rock accumulating in the horseshoe-shaded crater at Mt St. Helens formed Crater Glacier, the youngest glacier on Earth. 2004 to 2008 volcanic eruptions significantly altered its appearance but an underlying rock layer provided it insulation and ensured its survival. 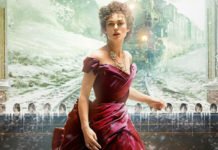