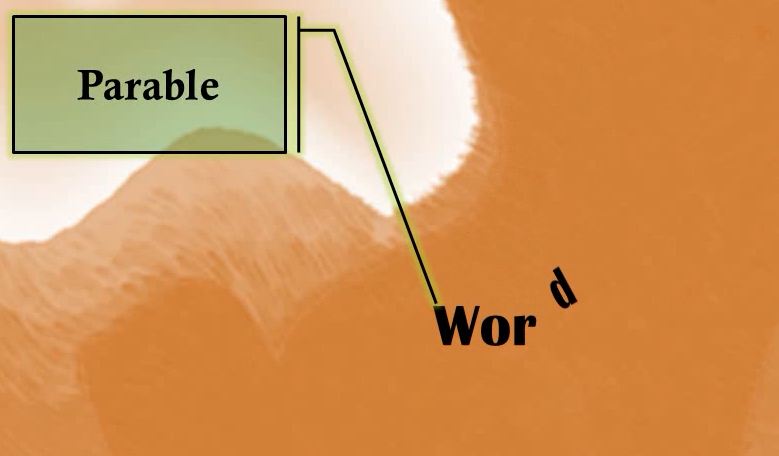 Parable Sentence: He often narrated parables to his colleagues to pass time during the lunch interval and then he asked them what they had learned from the story.

Under The Lens: Difference between Allegory, Parable and Fable

All these words refer to stories which teach a moral lesson.

In an allegory or a parable the moral of the story is not stated and it is left to the reader or listener to derive it on his own. The difference between these two is that while an allegory is long and elaborate, a parable is short and simple.

On the other hand in a fable the moral of the story is stated in the end. Also a fable often has animals and inanimate objects as characters which show us the nature of human beings. The tale of the tortoise and the hare is a common example.