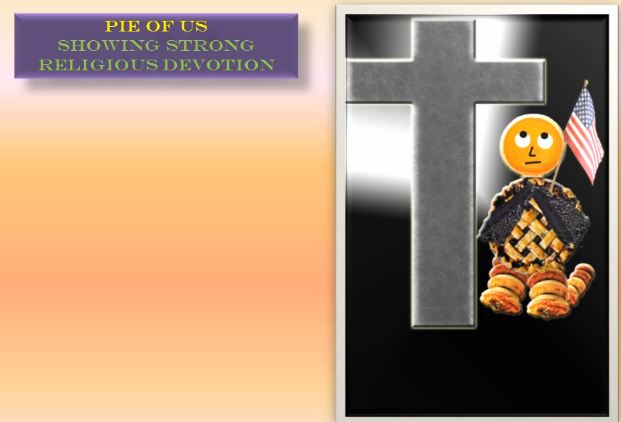 Pious Sentence: Although she believed in God, she refused to be pious and never followed the conventional religious ceremonies or rituals.

All these words are associated with following religion.

Devout and pious refer specifically to following religious customs. While devout suggests that the person follows religious customs due to devotion, pious may suggest that he does it merely for a show. Ex – He is a true devout and not a pious fraud like his brother.

Although sanctimonious originally meant saintly or holy, with time its meaning has taken a negative tone. Unlike pious which can have a positive tone, sanctimonious is always used to refer to someone who makes a hypocritical show of religious devotion. Ex – He felt that it was better to be an atheist than being sanctimonious.

Reverent has a positive tone like devout. It literally means to be deeply respectful and in our context, it applies to someone who follows his religious beliefs sincerely. Ex – The reverent man set an example of how one should follow one’s faith.