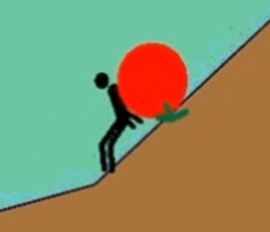 Plummet Sentence: He became a bankrupt when the shares of his company plummeted in the stock market.

Under The Lens: Plumb Bob

Plummet, as a noun, is used to refer to a weight, usually with a pointed tip at the bottom, which is suspended from a string to be used as a vertical reference line called the plumb line. The instrument is also called a plumb-bob.

Plumb Bob has been used in construction since the time of ancient Egypt to ensure that the structure being built is ‘plumb’ or straight.