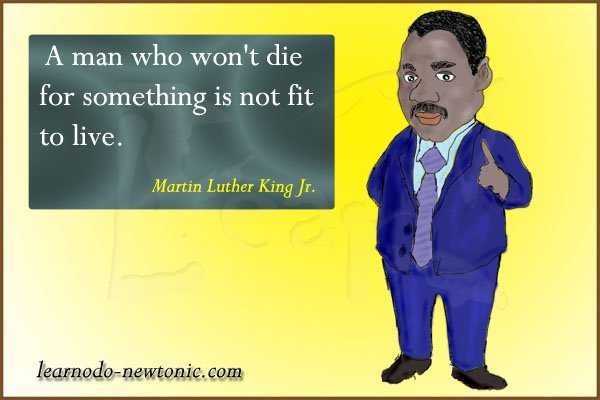 A man who won’t die for something is not fit to live.

Martin Luther King Jr. was born on 15 January, 1929. His birth name was “Michael King”. He is best known for his role and leadership in the advancement of the African American Civil Rights Movement. King was inspired by the Gandhian philosophy of non violence and believed that that it was a potent weapon for the oppressed in their fight for justice and equality.

In 1964, Martin Luther King was conferred the Nobel Peace prize for his outstanding work against racial inequality through non violence.