On the 7th of December 1941, Japan conducted a surprise attack against the US naval base at Pearl Harbor, Hawaii which damaged all their 8 battleships and killed more than two thousand Americans. The attack on Pearl Harbor had widespread consequences the most important one being that it led to America declaring war against the Axis powers. Know more about the event which changed the course of the Second World War through these 10 interesting facts.

Japan depended on the United States for supply of natural and industrial resources, especially oil, without which its forces would be significantly hampered. After Japan invaded French Indochina in 1940, America stopped its supply of scrap iron and aviation fuel. Further embargoes followed when Japan signed the Tripartite Pact with Germany and Italy. This led to Japan targeting South-east Asia which was rich in minerals and oil. They knew that such an invasion would lead to war against America anyways. So they decided to destroy America’s Pacific Fleet to prevent American interference in its plan to access resources of countries in South-east Asia which Japan called “Southern Resource Area”. This was the primary reason behind the attack on Pearl Harbor which was the headquarters of the U.S. Pacific Fleet.

#2 Hull Note was most likely not an ultimatum

The last Japanese proposal before the attack was that they would withdraw all forces from southern Indochina and would not attack Southeast Asia provided US gave them a specified quantity of petroleum and lifted sanctions, stopped aiding China and didn’t interfere in talks between China and Japan. America broke a Japanese code which revealed that Japan did plan to occupy northern China. US responded with the famous Hull Note which demanded complete removal of Japanese forces from French Indochina and China. Some historians believe that the Hull Note was an ultimatum and forced Japan to go into war against America but it is more widely believed that it did leave Japan an alternative to war.

#3 The attack was the brainchild of Isoroku Yamamoto

The planning for the attack on Pearl Harbor began in early 1941. It was the brainchild of Japanese Admiral Isoroku Yamamoto. Strategic and tactical planning of the attack was carried out by Rear Admiral Ryūnosuke Kusaka with assistance from Captain Minoru Genda. Minoru Genda was also responsible for training the forces in new techniques required for the attack. 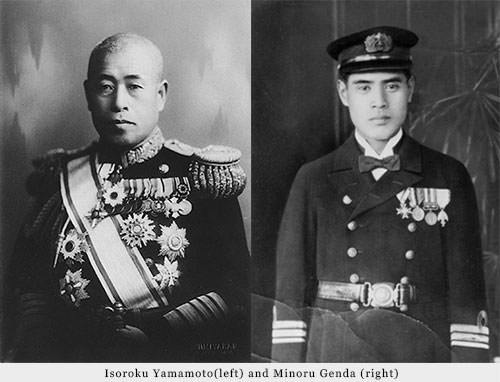 Though the attack took place without formal declaration of war, Japan tried to uphold conventions of war while maintaining surprise by sending a 14-part message. Its first segments indicated that Japan intended to break negotiations and after reading it US President Franklin D. Roosevelt said “This means war” and send a message to Japan’s emperor requesting further negotiations. His will to meet the Emperor was denied by the Japanese PM Hideki Tojo. The last part of the 14-part message which indicated war might break out, couldn’t be delivered before the attack because it was meant to be given just before the attack and it took too long for the Japanese ambassador to transcribe it in time. #5 American radar detected incoming planes but no action was taken

The first attack wave led by Commander Mitsuo Fuchida consisted of 183 planes. Army radar picked up the incoming planes but when Lieutenant Kermit A. Tyler was warned he presumed it was the scheduled arrival of six B-17 bombers. Although the operators had never seen such a large formation on radar, they neglected and never told Tyler of its size while Tyler never informed them that six B-17s were due for security reasons. Fuchida’s lead dive bomber reached Pearl Harbor to find the defenses unmanned, no AA fire or fighter patrols. He then sent the famous “Tora, Tora, Tora,” message indicating that complete surprise had been achieved. The message was used as title of a well-known war film.

#6 The attack on Pearl Harbor lasted for about two hours

At 7:53 a.m. on December 7, 1941, the first bomb fell at the foot of the seaplane ramp at Pearl Harbor. In the first wave, torpedo bombers attacked the most important ships present while dive bombers attacked US air bases. Within minutes 5 battleships were sunk and 188 aircrafts were destroyed on ground. The second attack wave led by Lieutenant-Commander Shigekazu Shimazaki consisted of 171 planes. It attacked the Army Air Forces’ Bellows Field near Kaneohe, and Ford Island. The Japanese withdrew around 9:45 a.m.

Americans were completely shocked by the attack. Many of them awoke to the sounds of alarms, bombs exploding, and gunfire. Some thought it was a drill. They were hugely unprepared with lockers locked, guns unmanned etc. 2,403 Americans died and 1,178 others were wounded during the attack. Eighteen ships, including five battleships were sunk and 188 aircrafts were destroyed with 159 others damaged. The Japanese lost 29 aircraft, five midget submarines, and 64 men.

#8 There is a Pearl Harbor advance-knowledge conspiracy theory

Conspiracy theorists doubt that America could have been so woefully ill-prepared; suggest that America forced Japan to attack through their severe conditions like getting out of China; Japanese codes were broken and President Roosevelt and high ranking officials knew about the attack in advance; and they maneuvered Japan to attack first. They say all this was done so that America could enter the World War by the back door, and against the popular mood of the country. Several writers, including journalist Robert Stinnett and retired US Navy Rear Admiral Robert A. Theobald have argued in favor of this Pearl Harbor advance-knowledge conspiracy theory. However, most mainstream historians have rejected it due to several reasons including America’s unpreparedness for war at the time and it’s ‘Europe first’ strategy.

The day after the attack, United States President Franklin D. Roosevelt delivered his famous Infamy Speech to a Joint Session of Congress. In the first sentence of the speech Roosevelt described the previous day as “a date which will live in infamy”. He called for war on Japan and within an hour of the speech, Congress passed a formal declaration of war against the Empire of Japan. On December 11, Germany and Italy declared war on US and US issued a declaration of war against them later that day. Hence America entered World War II which ended with the bombing of Hiroshima and Nagasaki.

Japan concentrated on just destroying battleships of US Navy as it thought that the Pacific battle would be fought by battleships. This proved to be wrong. Had Japan focused beyond the fleet and targeted navy repair yards, oil tank farms, submarine base, and old headquarters building it could have inflicted far greater and more lasting damage. Also, as luck would have it, American aircraft carriers were untouched by the attack. All this led to giving America a chance to rebuild and ultimately reverse the Japanese advance after the setbacks of early 1942. Admiral Hara Tadaichi summed up the Japanese result by saying, “We won a great tactical victory at Pearl Harbor and thereby lost the war.”