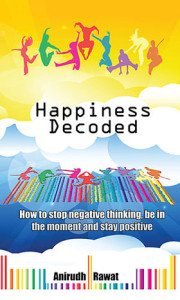 Intro: I Am Happy And I Know It

I have a small dick and references here and there suggest that size matters. If you think about it, it probably should. Maybe to some girls it does and to others it doesn’t. But I wouldn’t know a fuck about it because if men are from Mars and women from Venus, I have never ever been near Venus. It is not that I don’t like girls. In fact I am crazy about them. It’s just that I am not good with girls. I am twenty nine and when I come across titles of films like ‘Forty Years Old Virgin’ and ‘Never Been Kissed’, I don’t watch them for fear that their plot will remind me of my own story.

I have an engineering degree but I don’t know a fuck about any subject that I was taught in college. So I couldn’t clear interviews when companies came to recruit in my college. And even later, I fared no better. It is because I suck so much at engineering that during interviews I implode due to suction.

As of now, I don’t earn enough to support myself. 29 and living with my family! It has been more than four years since I completed my graduation and nothing has gone according to plan.

If anyone asked me in my teens what were the two things I wanted most when I grew up, I would have said independence and a girl I could call mine. Till now I have failed miserably on both counts. On top of that I suffer from psychosis, a disease, which given an option, I would trade with most others.

Before you decide you don’t want to read anything written by a loser, consider this. How can a person who hasn’t faced, or is facing, shit in life, give you tips on how to be happy despite your problems. In fact, the deeper in shit one is, the better advice one will give you because one has figured out a way to be happy while being in deep shit.

I decided to write this thing now, and not later when I am in a better situation (although that would have enhanced the chances of this book being a hit, as people are attracted to success), because, as of today, I know exactly what needs to be done to stay happy in adversity.

I am not a psychologist or a spiritual teacher (I think you would have guessed that by my choice of words). I have never ever read a book on happiness. But I am a guy who became a very negative person due to attacks of psychosis and certain other events in my life. I know how your life is screwed when your brain is full of motherfucking negative thoughts. I have been there. More importantly, I figured out a way to overcome all the negativity and come out of that pathetic state of mind to become a happy person again. While doing so, I believe I decoded happiness. My situation is nearly the same but I deal with it in a much better way.

Long story, cut short: I am happy and I know it and I really want to show why.

Happiness Decoded (HD) starts by giving a precise definition of happiness which simplifies what needs to be done to stay happy. It is built around the theory of the Eight Cs which identifies things you need to let go of and things you need to inculcate to attain a positive state of mind which is not easily disturbed. In the eight chapters dedicated to the eight Cs there are various examples to help the readers understand how a C affects their life and how they can handle it to stay in a good mood most of the times.

Happiness Decoded will make you introspect; help you identify the reasons which are making it difficult for you to be a positive person; and give you simple but effective tips on how to be happy again. But, of course, as is stated in the book, you are the king of your universe and in the end it is you and only you who can change your world.