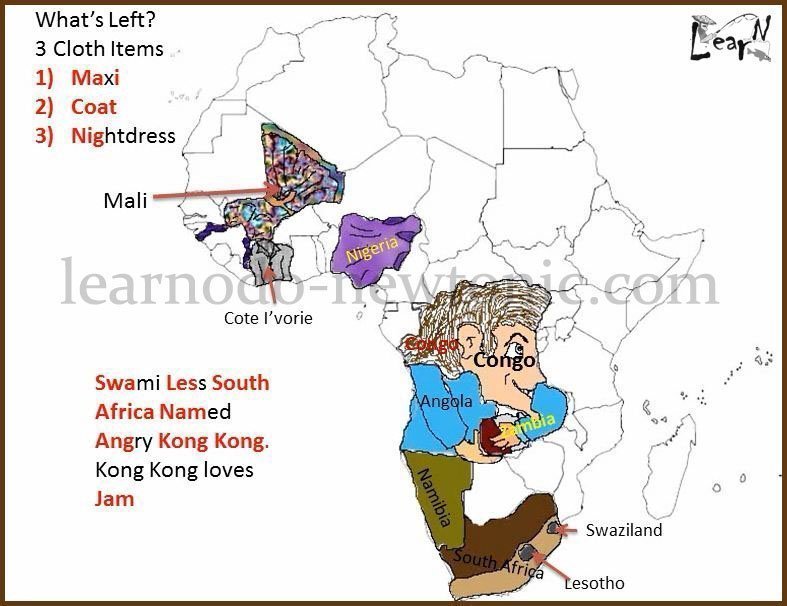 Memorizing maps can be a difficult task because your brain is unable to form any association between the various regions of the map. So to help you learn the map of Africa we have formed two monsters named KenUg and Kong Kong. Various body parts of these monsters will help you memorize the different countries of Africa. 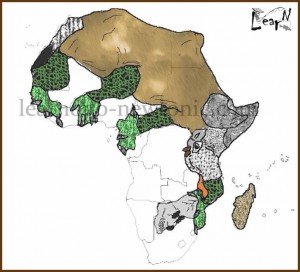 So that you don’t forget what you learn we have used mnemonics. Let me tell you a few things about KenUg to make things KenUg is a monster shaped like a rhino. He has a tanned snout and raw brown teeth. The name of the monster KenUg gives you Kenya and Uganda. Tanned snout gives you Tanzania, which is of course located at the snout of KenUg. 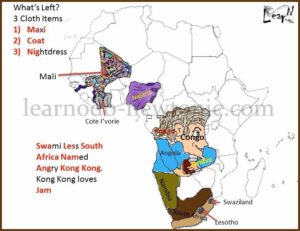 The countries located at his raw brown teeth are Rwanda and Burundi. There is a lot more to know about KenUg but we will leave that for the video.

Anyways that should have given you an idea about how we will help you learn the map of Africa.

2 thoughts on “Learn The Map of Africa”